*For quick access to the Jupiter Juice recipe, scroll on down.

Since returning from our two-week-long summer sojourn back east, we’ve been living in a house overrun by wildlife and without access to the outside world. At least, that’s what it feels like. Here’s the recap. First off, the bobcats returned while we were gone — the mama and babies were putting on quite the show for our house sitter, frolicking and nursing in our backyard. And here’s what happened the day we got home: within the first half hour of entering the house following airport shenanigans, I stepped on a dead mouse with my bare feet. The pressure of my foot was substantial enough to pop this poor (and long-gone) animal and deflate his body, sending his innerds across the floor. Yes, it was beyond disgusting, ranking among the grossest of the gross encounters that my dear footsies have endured. And it doesn’t end there. The mouse situation demanded that I bolt to the sink in order to disinfect my foot. Waiting for me in the drain? A dead roach. So I disposed of the roach and commenced the washing (which continued for several minutes, ending with a Clorox wiping of the crime scene and my foot). I then emerged into the hallway, picked up a carpet runner to throw it into the wash (I assumed the mouse had its way all over our carpet), and found a dead snake underneath. I’ve never found a snake inside our house before. My cat must have been in heaven while we were gone, occupied with all his interesting and delectable visitors. I’m sure he’s the reason why the animals were (thankfully?) dead rather than overrunning our home. And to top things off — and this really may be the worst part — our internet and cable have been out of commission this whole week. Say what you will about screen time, but my family doesn’t cope well without our DVR recordings, Wimbledon and Interneting. So that’s the unfortunate summary of our transition from vacation to mundane, and now we can move onto more grossness — only this time in the form of slime. Perhaps it was the carcus of the mouse and skin of the snake that propelled miss R to start talking about blood and guts this week. I’d say that’s a fair assumption, because she’s been joking around about Halloween-y bodily substances for a couple days. This is how the slime enters our welcome-home saga. Today after Gymboree we made a pit stop at the dollar store for sundry craft supplies. There, miss R spied packets of Kool-Aid and requested a project incorporating the sugary, Red no. 40 powder. I remembered pinning an edible slime project a while back that incorporates Kool Aid, so I located it and borrowed the recipe. To miss R’s great delight, our 3-ingredient Kool-Aid slime strongly resembles fake blood (as well as cranberry jelly, in my opinion), so she had a ball pretending she was a friendly and adorable blood-eating-vampire. 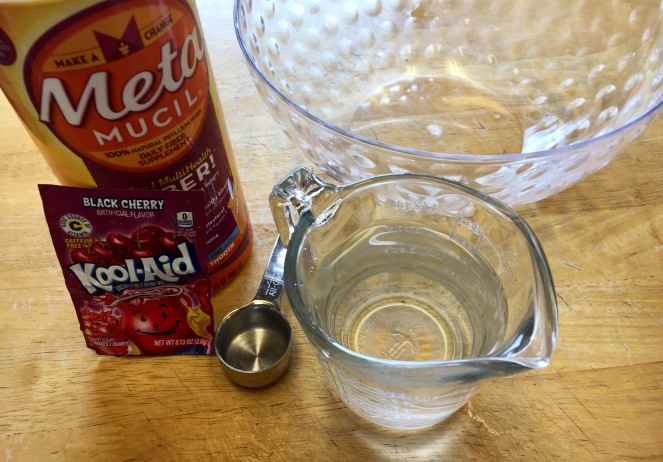 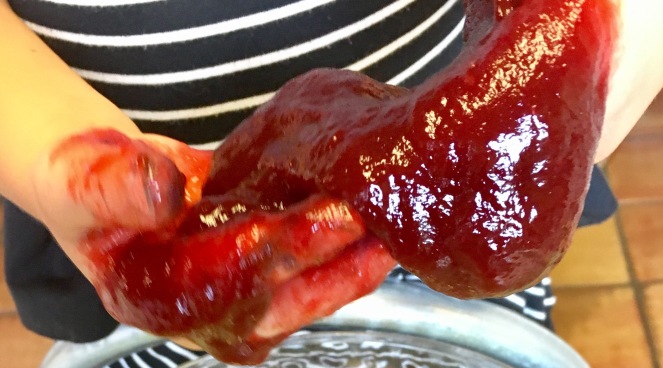 Totally yucky? Absolutely. But, this was actually fun and will be a Halloween staple. And hey, it certainly ushered in some good ol’ imaginary play — which is essential in our current internet-rut. Miss R might be missing her Monster High sans Netflix, but she sure knows how to bring it — Draculaura style. 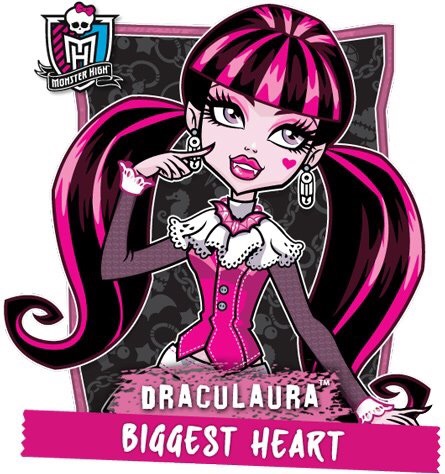