What just happened?! I had quite a startling afternoon yesterday, and one that I’m still trying to make sense of. All was business as usual in the morning — in fact it was extra cute banality because of school picture day, for which R and baby K glammed up and smiled for the cameras. After pictures came food with friends, dropping off R with her Papa Deedee for some bio park time, and heading to Target for the biweekly essentials. K fell asleep on our drive home, and at that point my biggest worry was whether our slow-churned peanut butter cup ice cream would make it home without thawing.

As I pulled into the garage I heard my kitty howling so loudly that I questioned out loud if I’d hit him. When I turned off the car, he immediately jumped in and onto my lap — clearly unharmed but unhinged. He usually steers clear of our vehicles, so I noted his behavior as strange, proceeded to bring bags into the house, and quickly nestled the ice cream in the freezer. I paused on my way back out to the car and, undoubtedly, heard the deep and steady voices of two men conversing. I froze in my kitchen, my mind spinning. I knew no t.v. or iPad had been left on, so I started to freak. I grabbed a dozing K from the car and bolted into the driveway, frantically searching for a hidden vehicle or any indication of forced entry. It wasn’t 10 seconds before a large white pick-up truck aggressively turned into my driveway, spotted us, and sped back out abruptly, leaving skid marks as it raced down the hill and out of sight. I booked it to my neighbor’s home and waited with bated breath on her porch, praying for her to open her door. I’m so very thankful that she was indeed home, because she welcomed us in and called the police for me. I had stupidly left my phone in my kitchen, so I also attempted to reach T and my mom from her landline (with no success). As I comforted K, I was envisioning the men burglarizing my home. I didn’t dare go back to the house to check it out, but I toyed with the idea — and my neighbor was close to accompanying me. The police arrived in about 15 minutes, walked me back home and checked out the house and property. They found no signs of a break-in and repeatedly discounted my fears, suggesting that I had simply heard wind and that the truck was making an honest u-turn in my driveway. When they left, I locked all the doors and combed through the house, locating all valuables and confirming that nothing was out of place. I also turned on our alarm system, which I’d all but forgotten about until then.

It later came to my attention that the white truck had been spotted and reported three previous times in my neighborhood. And just two days ago, Papa Deedee watched as it stalked our home and then idled a few hundred feet away. I know what I heard and saw and felt, and I suspect that I got home mere minutes before we were to be violated. I believe the truck was an escape vehicle, staged to pick up a couplemen on foot who, no doubt, were to toss hijacked goods into the truck bed. I remain confused, though, because I can’t determine from where the voices were coming. Were the men in fact in my home? Did they find a way in, did they locate my not-so-clandestine spare key? Was I hearing voices just outside my windows, from men scouting out points of entry from my concealed front yard? From where the voices originated I may never know, but it’s clear to me that the truck driver had been up to no good all week, studying homes and the comings and goings of their residents.

I wasn’t without fear when I pulled into the garage today. I’ve been thinking about how frequently R runs into the house before me and K, how she loves it when I carry her in and prop her on the couch for her “nap” (after-school-settle-down-iPad-time) while I make several trips unloading the baby alongside our daily piles of crap. Everyday there are times when R has free reign of the house while I’m off in a room with K– I tend to assume that we’re secure, caring little about whether all doors and windows are locked. It’s such a crazy world we’re living in (just look at the close call we had in Florida 4 weeks ago) — so crazy, in fact, that that very statement is uttered so much these days that it now bears little gravity. Lately I’ve been anxious about our vulnerability out “in the world” (especially in places that generate large crowds), but I’ve always trusted that, while home, we’re free from external threats. I guess it’s time to reexamine my naive presumptions — while at once challenging myself to remain present and live without fear. It’ll be a hard balance to achieve!

Any advice on how to stay and feel safe while keeping on swimming? 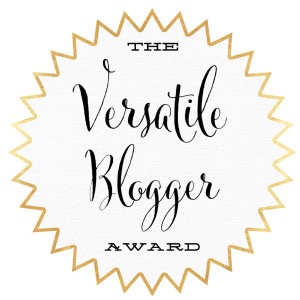